You are lucky MTN is not Nana Addo like you’d...

Bulldog whilst addressing Salma Mumin’s MTN gaffe has asserted that she is lucky the telecommunication company is not Nana Addo.

The Ghanaian actress last year alleged that MTN stole money, of about GH10,000 from her MOMO account and called for mass action against MTN. The Network challenged her claims that she had no such amount with a legal threat that has seen Salma apologize.

Speaking on the issue on UTV’s United Showbiz show, Bulldog told the actress that should MTN be the sitting Ghanaian president, she would have been arrested and locked in BNI cells over her defamatory comments about the Telco company. 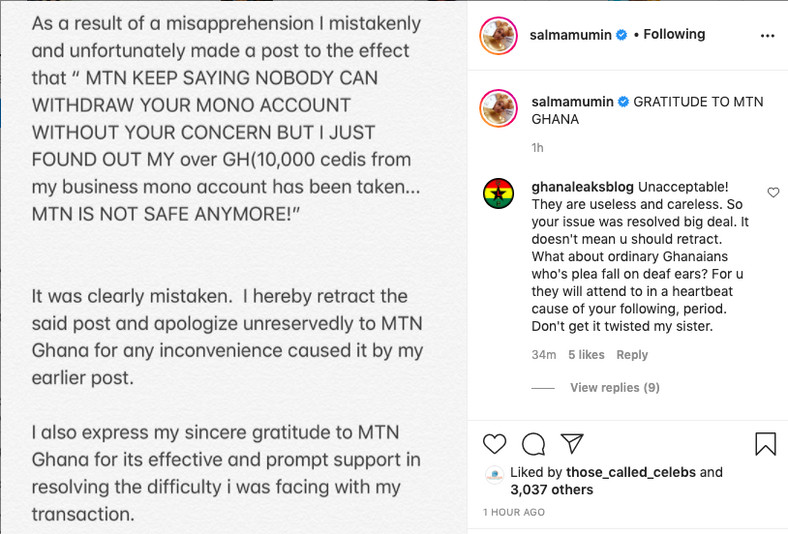 “You are lucky it wasn’t Akuffo Addo like by now you go dey BNI” and the actress asked “why” and he replied, “the things you said about MTN“.