“This Will Be My Retirement Album” – Shatta Wale reveals...

by Abdul Rauf Samari 1 month ago1 month ago
14views
0

Ghanaian dancehall artiste, Shatta Wale has surprised fans with a shocking statement regarding dropping a retirement album and his plan for the future. 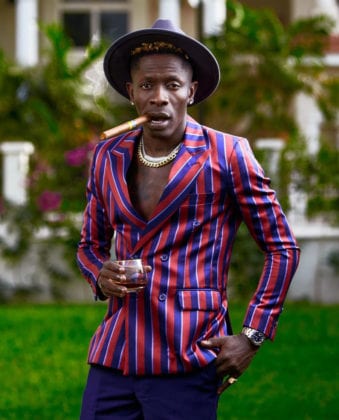 In the late hours of the 31st of March, Shatta Wale made the shocking announcement regarding dropping his last album to the surprise of his fans via a social media post. He disclosed that he has made enough money to start-up business ventures and create employment for those who are willing to follow the course. Shatta Wale didn’t share more information in respect to still being active as a musician dropping singles rather he focused on talking about his “retirement album”. He wrote;

“THIS #GOGALBUM WILL BE MY RETIREMENT ALBUM.
Made enough to go into new businesses and create employment for those who still want to follow the course!”