Kwadwo Sheldon takes Nana Aba Anamoah to the cleaners over... 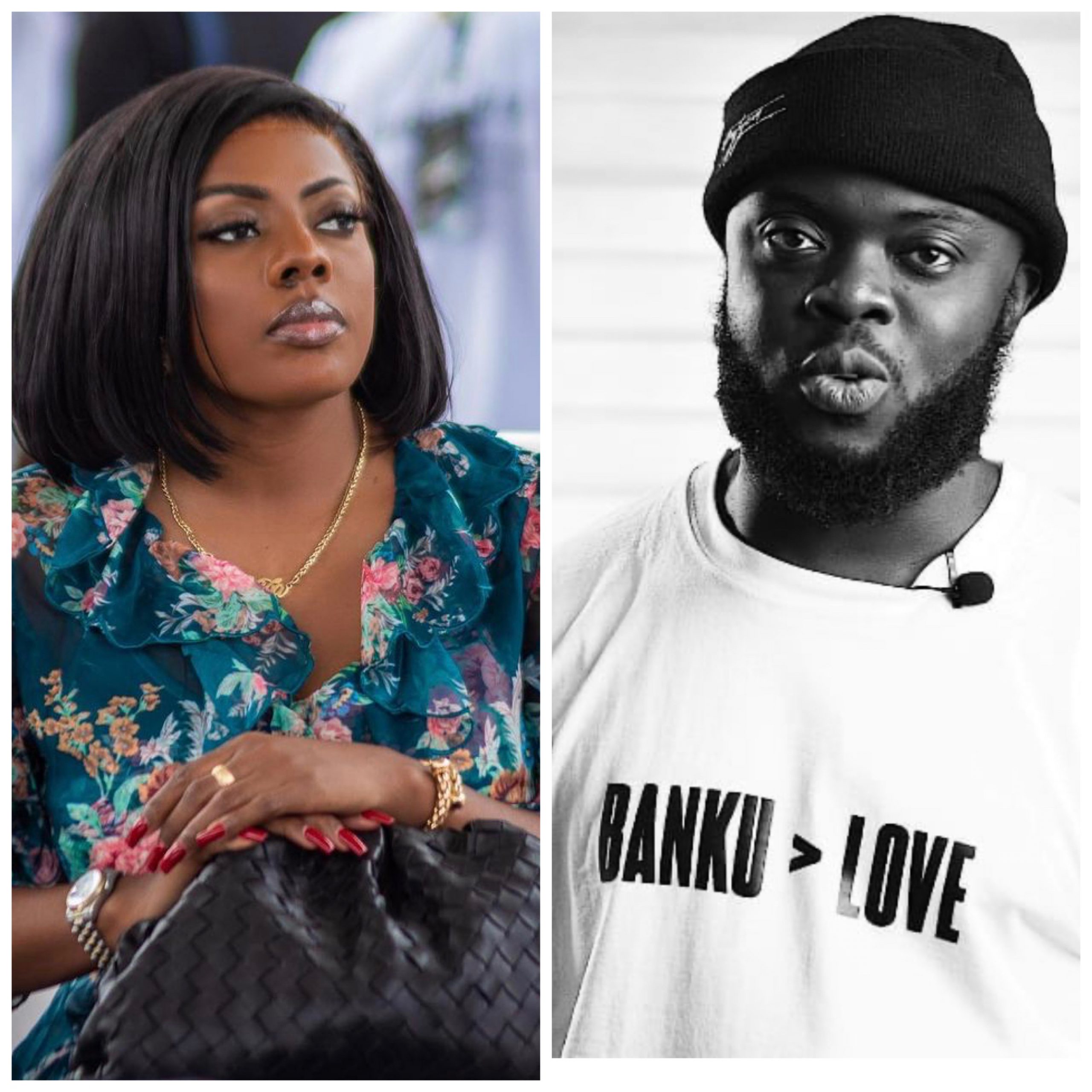 The popular YouTuber descended heavily on the Nana Aba for asking H.E Akufo-Addo for the monies he promised the current conjoined twins.

On July 12th, Nana Aba Anamoah on Twitter, Tweeted at the President, asking when he’d make the monies he promised the conjoined twins available for their impending surgery.

“Good evening, @NAkufoAddo I hope you’re well. How soon will the Ridge Hospital receive the monies promised for the surgery? Thanks once again. God bless you,” she tweeted.

How soon will the Ridge Hospital receive the monies promised for the surgery?

Thanks once again. God bless you. pic.twitter.com/b33OVZdKhb

Kwadwo Sheldon, on seeing Nana Aba’s tweets, took to his own page, to call out Nana Aba for making such a tweet.

According to Sheldon, it isn’t right for Nana Aba to come to twitter to ask for monies that the President has pledged to give.

Sheldon added that workers at GhOne TV have not been paid for months and he doesn’t see them tweeting at Nana Aba to ask for their monies.

“She no pay some of her workers for that TV station for months..I don’t see those people tweeting at her for their money but yeah we moooooove,” he wrote.

He added that Nana Aba’s tweet Wass distasteful and disrespectful to the President.

See screenshot of his tweets below; 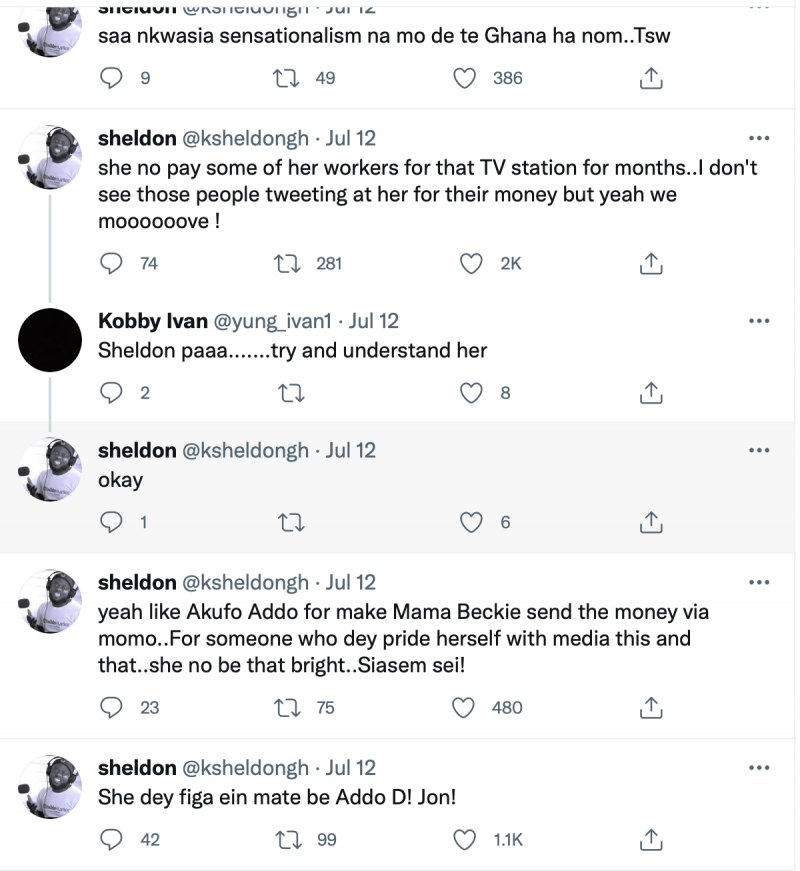 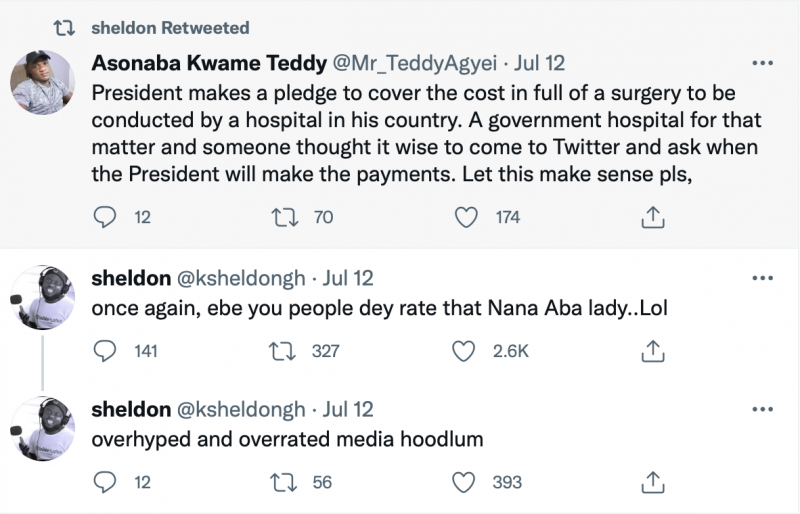