Ghanaians have taken to social media to demand the immediate release of actress Efia Odo following her arrest by the police on Friday, June 25.

Efia Odo was arrested with 15 other leaders of the #FixTheCountry campaign who had trooped to the Accra High Court over the hearing on the injunction sought by the police against their intended demonstration.

A few minutes after the leaders were arrested, the hashtag #FreeEfiaOdo went up the trends on Twitter.

Among those joining in the hashtag is originator of the campaign KALYJAY, who wonders if the culture of silence perceived to be creeping into the country is what is being witnessed. 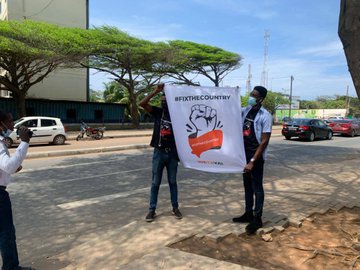